Everybody loves pizza, so does our beloved Chef Carolina Doriti! That’s why she chose to make a greek-style, homemade pizza for our new Wise Home Cooking Series, using the Wise Greece products!

Cooking instructions:
Put the warm bottle in a bowl and sprinkle with yeast. Let stand for 5 minutes. Shift flour in another larger bowl and form a well in the center. Add the water and yeast in the center along with the rest of ingredients. Start mixing until you form a dough. Transfer onto a floured surface and start kneading for about 10 minutes until your dough is smooth and elastic. Grease the bowl with olive oil and transfer the dough into it. Cover with oiled cling film and let it rest and rise for at least 4 hours at room temperature.
Flour a working surface and lightly fold and punch the dough down to remove some of the air. Roll out the dough depending how thick you like the crust. (If you like a very thin crust divide the dough in two and roll open two pizzas).
Preheat the oven at 200C.
Line the oven rack with parchment paper (pizza bakes more evenly on that and it doesn’t sweat from beneath). Place the rolled out pizza base on the parchment paper. Brush it with a little olive oil and pour the sauce on it spreading it out evenly.
Place the sliced cherry tomatoes on top and sprinkle with oregano. Bake for about 15 minutes until the dough is cooked through. Remove from the oven and sprinkle with the crumbled feta, the arugula, and drizzle with the chili oil. 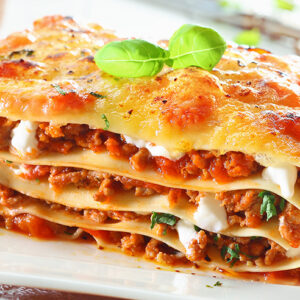 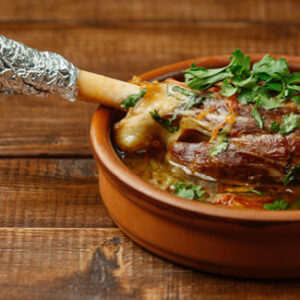 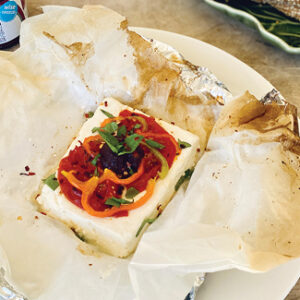 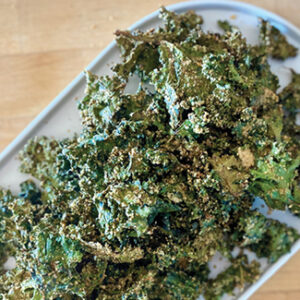